Commercial construction projects are inherently larger in most instances. Even the smallest commercial jobs usually involve spaces that are physically larger than most homes. You may also need to construct a building that's more than two stories. The parking space is almost certainly going to be much larger, too. You may also need storage spaces or even a warehousing area.

The administrative side also operates at a different scale. Accounting becomes more important when you have a single contract with a single price. Everyone has to be acutely aware of the use of materials, labor, and time.

Given the greater scale of commercial builds, the communication process is naturally going to be different. A commercial design-build contractor employs more people per project than a residential company would. They also frequently have to address more specialized issues, such as challenges dealing with commercial water filtration and delivery requirements.

Centralizing all these functions within one team, though, will make the communication process better than working with many subcontractors. In many cases, a designer can just go down the hall whenever they need to ask someone a question.

The differences in scale and communication will influence the speed of the commercial version of the design-build. It won't move as lightning-fast as residential work does. However, you can expect the process to still move much faster than it would in a traditional approach with architects, engineers, general contractors, and subcontractors.

Commercial projects require greater interaction with interfaces. These are systems like utilities and roads that allow a business to thrive. Even if a design-build plan is largely going to plug into the dimensions of the property, you can expect some adjustments when it comes to connecting to the surrounding interfaces.

A major difference is a need for many companies to apply brand standards. When you're using design-build to construct a house, you can usually employ standardized schemes without much contemplation. Adding brand standards to the process means standardized designs have to be more flexible. Companies often have specific requirements for the dimensions of specific spaces. They also frequently have requirements for the use of specific colors and even shapes. 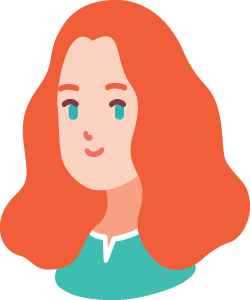 The Major Benefits Of Professional Window Installation Services
3 February 2023
Window installation is an important task that requires precision, experience, and the right tools to ensure that your windows are properly installed, …

5 Tips To Harmonize Pool Design And Your Home's Architecture
20 January 2023
Your backyard swimming pool is a huge part of the landscape's overall aesthetic. So its design should harmonize with the look and feel of the house it …

4 Signs Of Worn Insulation On Your Residential Hot Water Pipes
9 January 2023
Residential hot water pipes are fitted with insulation to prevent heat loss to the surroundings. Since the insulation is wrapped around the pipe's ext …